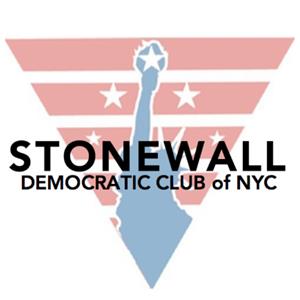 Tonight SDNYC's membership reviewed requests from more than 70 candidates seeking the Club's endorsement in the 2017 municipal elections, including the 45+ candidates that attended this evening's endorsement meeting to speak directly with our members about their commitment to the LGBT community and we are pleased to announce that our members voted to endorse the following candidates:

Governor Andrew M. Cuomo Endorses Council Member Kallos for Re-election
Highlights Partnership on Issues of Second Avenue Subway, $15 Minimum Wage and More
New York, NY – On Friday, Governor Andrew M. Cuomo endorsed Council Member Ben Kallos for re-election to the 5th Council District. Governor Cuomo highlighted Council Member Kallos' partnership on key issues such as opening the Second Avenue Subway, and his commitment to the residents of the Upper East Side and Roosevelt Island. "Council Member Ben Kallos is my partner in local government who I can count on when we need to cut through bureaucracy and politics to do the right thing for New York City," said Governor Andrew Cuomo. "Ben Kallos has been there with me to open the Second Avenue Subway and add new buses and select bus service to East Side bus routes. He was there with me as we fought for and won a fifteen-dollar minimum wage, paid family leave, free tuition through the Excelsior Scholarship, and as we invest in our public transit system's infrastructure. I am proud to endorse my friend Ben Kallos and know that his constituents can count on him too.""Governor Andrew Cuomo has done so much for this state, the city, and my district," said Council Member Kallos. "He led our state to be the first to pass the strongest gun control laws in the nation and passed marriage equality. I am proud to have his support."Governor Andrew M. Cuomo is the 56th Governor of New York State with a lifelong commitment to public service and making government work for the people of the state. Among his accomplishments are passing marriage equality, a $15 statewide minimum wage, securing 12 weeks of paid family leave, passing reforms to combat New York’s heroin and opiate epidemic and implementing comprehensive policies to combat sexual violence on college campuses.
CONTACT: Josh J. JamiesonJosh

Jay Simson, President of ACEC New York, stated that “The challenges of climate change and our crumbling infrastructure, together with the City’s remarkable population growth, demands that we elect leaders who have the expertise to address these challenges. Engineers are problem solvers, and we expect this quality in our public officials. The individuals we are endorsing today are all people who are committed to building New York City’s sustainable future and we are proud to stand with them.”

On behalf of the members of the New York City Chapter of the National Association of Social Workers (NASW-NYC), Political Action for Candidate Election (PACE) is proud to endorse your candidacy for City Council. Through your work, you have demonstrated a commitment to the issues that are important to us as social workers and as New Yorkers.

The National Organization for Women – New York (NOW-NY) announced a slate of endorsements for 21 City Council races in the Bronx, Brooklyn, Manhattan and Queens and Public Advocate today. NOW-NY endorsed candidates who champion core issues such as reproductive rights, fighting income inequality, and ending violence and discrimination against women and girls.

Ben Kallos has been a strong leader for women – from funding sexual health programs to encouraging the establishment of safe spaces for LGBTQ students in schools. Councilmember Kallos is a valued member of the Committee on Women’s Issues where he puts the priorities of women and girls at the top of the agenda.

The well-being of New Yorkers has been a top priority to Council Member Kallos since his election in 2013. He has authored, supported, and sponsored various pieces of legislation to make this priority a reality. In his next term, Kallos will be working on a bill dealing with organic waste. He would also like to see the expansion of bike share to Roosevelt Island, a part of his his district that is currently not served by this type of program.

"Our cities can help save the planet, using efficiencies of city living to lower our carbon imprints," said Council Member Ben Kallos, who has received an average score of 98 out of 100 spanning three years of the NYLCV Environmental Scorecard. "From more public transit riders to expanding bike share, reducing our waste stream, and retrofitting city skyscrapers that generate the bulk of New York City's green house gases, we as a city can do so much to do our part and lead the way. I am grateful to NYLCV for their partnership in passing laws to protect our environment and their 'seal of confidence' in all that we can do together with another four years."

“We’re excited to offer our first endorsements of 2017 to a diverse and impressive roster of candidates, all of whom are dedicated to making New York City’s streets safer and our transit system better,” said Eric McClure, Executive Director of StreetsPAC. “We look forward to helping elect, or re-elect, each and every one of them to the City Council.”

“Interest in safe, complete streets, and in subways and buses that run reliably, are more important to New Yorkers than ever before,” said Hilda Cohen, a founding member of StreetsPAC’s board. “More and more, we find that people are ‘Vision Zero voters’ – these issues really determine their choices in the voting booth."

Ben Kallos, Council District 5, Manhattan (Incumbent) – Kallos, who first won his East Side seat in 2013, is a Vice-Chair of the City Council’s Progressive Caucus.  He’s committed to filling the gaps in the Second Avenue protected bike lane, and to adding additional crosstown bike lanes in his district.  He’s also working to bring Citi Bike to Roosevelt Island, and Select Bus Service to 96th Street, and is dedicated to completion of the East Side Greenway.

We are proud to announce our endorsement of @BenKallos for #NYCCouncil in #CD5.

“The Carpenters Union is proud to offer our endorsement and support to these candidates for City Council. They have demonstrated a firm commitment to our membership and all working class New Yorkers. We will work tirelessly to ensure their election and look forward to partnering with them in their role as Councilmembers.” -Joseph A. Geiger, Executive Secretary- Treasurer, NYC & Vicinity District Council of Carpenters

Patrolmen's Benevolent Association of the City of New York

“At a time when Washington is failing us we must work to ensure our local elected officials rise up and represent our values. I am proud to announce the endorsement of four critical new faces running for seats in the New York City Council today and to put the strength of the RWDSU behind them and many incumbents that will fight to ensure that workers are heard in government,”said Stuart Appelbaum, President of the Retail, Wholesale & Department Store Union (RWDSU). “Carlina, Keith, Diana and Justin know what hard working families need in New York City to live and work here and I know they will write and support legislation that helps not just union members but all workers across our city. The RWDSU is ready to get to work on these campaigns and in support of the many elected officials running for re-election that we are endorsing today.”

The International Union of Painters and Allied Trades (IUPAT)