Endorsed by The New York Times for his “fresh ideas” and elected in 2013, Ben Kallos represent the East Side and Roosevelt Island in the City Council. He grew up in the neighborhood with his grandparents who fled anti-Semitism in Europe and his mother who still lives here.

INVESTING IN BETTER PARKS
Secured more than $150 million to rehabilitate and expand the East River Esplanade with Congressmember Maloney.

OPPOSING THE MARINE TRANSFER STATION
Exposed high costs, moved the ramp, and limited to only using one-third of capacity to keep 300 trucks off our roads—let’s dump the dump.

Please preserve our community so that everyone can keep their right to light and air by rezoning our neighborhood to maintain density but preserving context by replacing R10 that allows buildings of unlimited height with a contextual height cap of 210 feet, through R10A or R10X, the tallest height caps allowed under residential zoning.

Vote “Yes” on Ballot Question 1 on November 6         to get millions of dollars in big money out of city politics so politicians will finally start working for voters like you.

Since 2010, over the last two citywide elections, candidates raised $128 million, with more than half coming in big money, while only 11% came from small dollars. 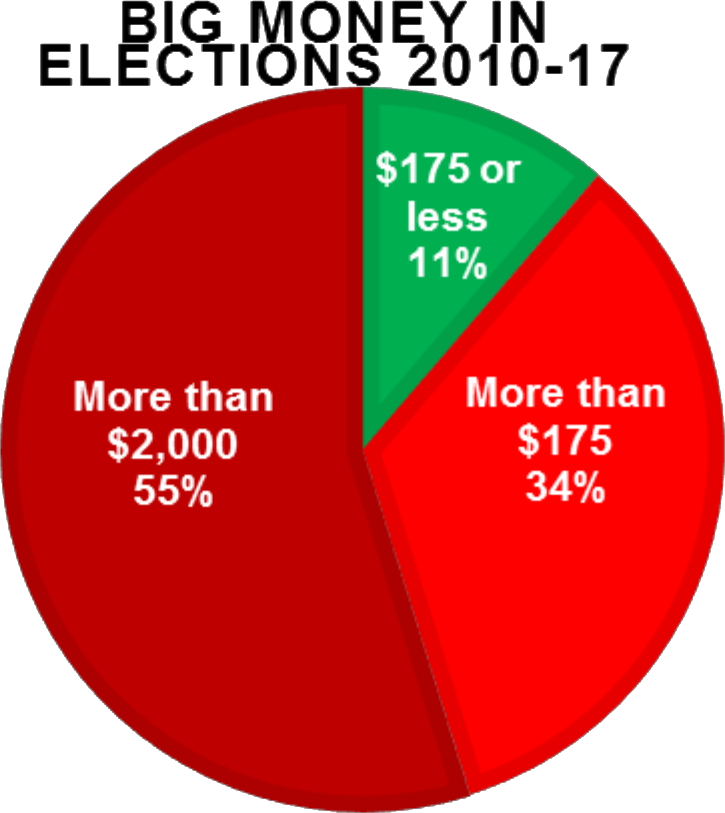 This is because the city allows big money contributions of up to $5,100 and only provides public matching funds for 55% of the small dollars raised. This leaves Mayoral candidates to raise more than a third of their money — over $3 million — from the biggest donations possible. 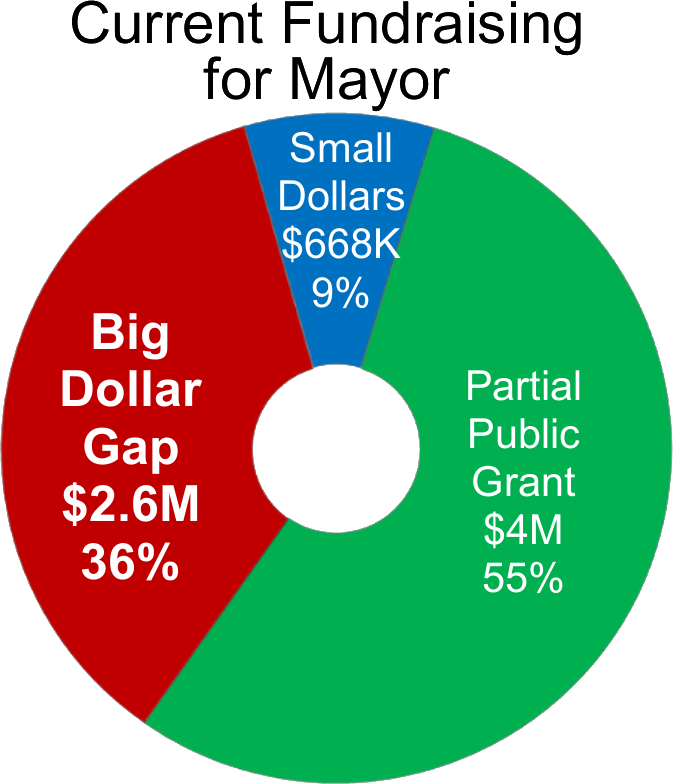 As a result more than half the money comes from only 5% of contributions giving those donors an outsized voice in New York City Politics. 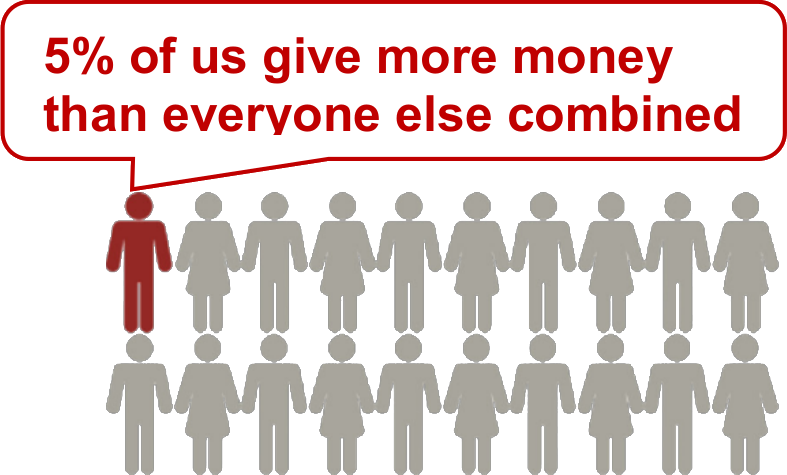 Vote "Yes" to get rid of big money in politics with three key Campaign Finance Reforms:

With these reforms, candidates for city office could finally run without big money, instead relying solely on small dollars and public dollars to win.

Elected officials should owe their victory only to voters like you.

Pledge to Vote Big Money Out of New York City Politics at the Polls on November 6, 2018 between 6AM and 9PM.

I pledge to turn over my ballot on Tuesday, November 6 to vote in favor of all three questions on the ballot to get big money out New York City politics:

An estimated eight million metric tons of plastic ends up in the in the ocean each year. Once there, waves, the sun, and salt take decades to break the plastic down into micro and nano pieces which are consumed by many of the fish humans eat. New Yorkers use almost 1 billion single-use plastic water bottles annually many of these bottles get recycled but many also end up in landfills or in our bodies of water polluting local fisheries.

And while Queen Elizabeth the II has banned the use of single-use water bottles across England's royal estates in an effort to be more environmentally friendly, President Trump has rolled back regulations meant to curb America's dependency on single-use plastic water bottles.

Stand up to President Trump's regressive policies that damage food supplies in the name of corporate profits. Sign the petition in support of my legislation to ban the sale of single-use plastic water bottles in New York City's Parks, beaches and golf courses.

The Lexington Avenue East 86th Street Subway Station is the tenth busiest in New York City serving more than 20 million riders each year but remains inaccessible to the disabled and residents who have difficulty with steps.

A new 210 foot tower has gained permission from the MTA to build over this important station in exchange for providing an elevator that will only serve uptown 6 local service, without going down to the 4 and 5 uptown express service shutting millions of riders out and wasting an opportunity for full uptown accessibility for riders headed north or returning home.

"We demand that the MTA follow the Americans with Disabilities Act and open up our subways to more disabled riders by requiring the developer to extend their elevator to serve local and express uptown service."

Your support and contact information will be shared with the MTA as well as the East 86th Street Merchants and Neighbors Association.

The street, bisecting the site of the long-demolished Jacob Ruppert and Co. Knickerbocker Brewery, has been closed to vehicular traffic for 42 years and serves as an open-air community space.

Officially named James Cagney Place, for the song-and-dance man who grew up on East 96th Street, it is the hill where a 5-year boy named Ben

Kallos once played in the puddles on a rainy day with other local kids.

Now, he’s the 36-year-old City Council member representing the area, and he’s never stopped coming to the block — a “staple of childhood on the Upper East Side,” he calls it — especially for sledding after a snow.

“This portion of East 91st Street has been a closed play street for longer than I have been alive,” Kallos added.

In recent years, that status appeared to be in doubt: A possible threat to the landscaped, red-brick pedestrian plaza-and-walkway suddenly loomed on the horizon — the city’s planned Marine Transfer Station.

On Tuesday, the Council approved Intro 1015-A, a bill sponsored by Councilmembers Ben Kallos and Jumaane Williams, with input from Manhattan Borough President Gail Brewer, to hold building owners who receive tax abatements accountable to the city.

Starting in 2020, landlords who aren’t providing affordable apartments after they have received financial windfalls in the form of city financing or tax breaks will be required to register their units with the city.

The goal of the legislation is to make the housing lottery application and search process more efficient and transparent for renters. Applicants would be able to track their application’s progress online and see their place on the waiting lists. By 2021, residents will be able to verify if the rent landlords are charging is legal.

Council Member Benjamin Kallos, who was a lead sponsor on the bill, called Housing Connect “incredibly broken” because it doesn’t match renters with available units. Following the passage of Kallos’ bill, the HPD said it will upgrade and expand the capabilities of their website.

The final version of the bill does help the city enforce rent limits for apartments that are not income-restricted, although Kallos originally hoped to apply it to other rent-regulated units. Aaron Carr of the nonprofit Housing Rights Initiative told the WSJ that renters in rent-stabilized suffer the most under the new bill. “Tens of thousands of units in the buildings receiving those

coming to the rescue is Council Member Ben Kallos, whose bill has just been passed. The bill seeks to turn down the volume during the off hours that construction sites aren't taking off, whether it be on the Upper East Side or across the East River in Queens or back across to Manhattan's West Side where construction seems never-ending.

The bill also cuts in half the amount of noise allowed to come from a construction site when work is being done before 7 a.m. or after 6 p.m. 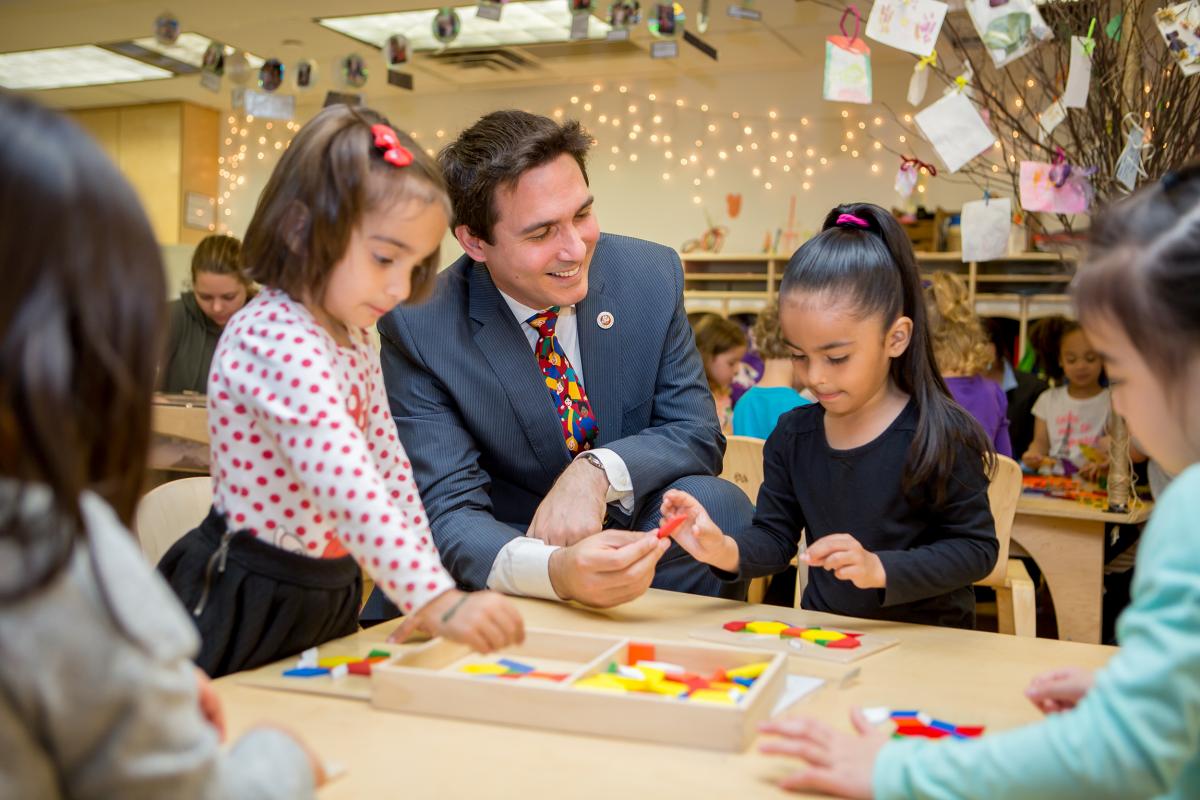