Our campaign is fighting for a transparent and fair government – one that never stops working for you.

Running for a Better City

Yesterday, yet another corruption scandal broke, and I have a feeling it won’t be the last one. The problem is the culture of corruption in Albany – the same culture I've been fighting for year and am running in order to keep out of New York City.

After Albany politicians were caught in an alleged bribery scandal, I wrote an op-ed, in the Gotham Gazette calling for participatory budgeting as a new reform of the system that allowed politicians to use taxpayer money for personal gain. I won't engage in the same old politics of trading favors for tax dollars, and I've gone on record saying so. I’m running for City Council because this city works best when the officials you elect work for you.

Will you donate to our progressive campaign today? Even $10 helps. Let’s clean up government together. 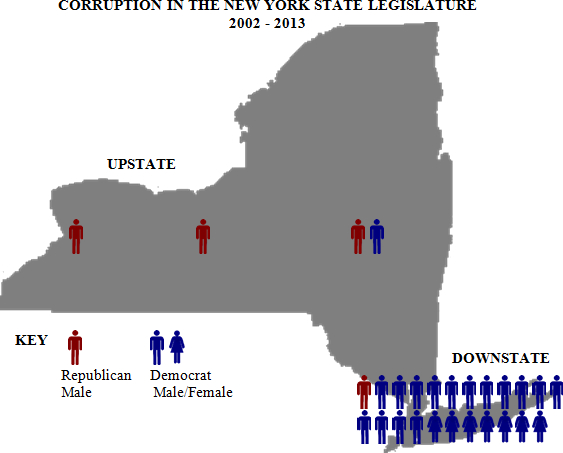 New Roosevelt, where I have served as Executive Director since its founding in 2010, came out with its an innovative proposal to fight Albany corruption: adopt Congressional limits on outside income to create a dedicated legislature devoted to public service.

Standing up for Justice

Our campaign testified in favor of a sustainable Cornell NYC Tech -- one that supports the community on which it relies. We joined numerous Roosevelt Island residents to demand that Cornell shoulder its share of the costs it will impose on the community when it causes the island population to skyrocket by 20%.  You can read our testimony or watch it being presented by Saul Nadel our Roosevelt Island Director.  In a front page story, the Main Street WIRE took note of the conspicuous absence of elected officials and other candidates in our race quoting from our testimony. 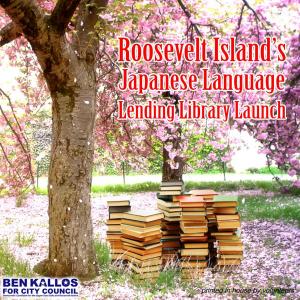 Last month I was proud to join President Barack Obama as a founding member of Organizing for Action (OFA) in order to support the President's national agenda at its roots, right here in New York City.  Please join us in reducing gun violence by signing this petition to Congress for a safer City.

As a member of Asphalt Green's Triathlon Team I was proud to join fellow member and Olympic Medalist Lia Neal as a volunteer at the 18th Annual Big Swim, a free swim meet for nearly one thousand children.  I am proud to support Asphalt Green in its mission to provide free water proofing teaching over 30,000 New York City schoolchildren to swim for free since 1993.

We are actually using our campaign to find a cure for diseases like Parkinson's.  This year we invited supporters from the campaign to join "Kallos for a Cure" and raised over $1,000 for Parkinson’s Disease research.  Parkinson's Disease has been a part of life in my family ever since I can remember with my grandfather, grandmother and mother all diagnosed and battling the disease.  Thank you to those who joined me in this walk for a cure.  Our campaign will fight for social services and public health to support our City's disabled and elderly for a City that takes care of those who made it what it is today.

As one of the founding members of New York City's new bike-sharing program Citi Bike NYC, I’m excited to announce the launch of this new program in time for this summer's warm weather.  A yearly pass is $95 for unlimited 45 minute trips with a 24-hour and 7-day pass available for $9.95 and $25, respectively, offering unlimited 30 minute trips.  NYCHA residents are entitled to a $60 annual membership.  Please join our campaign as we bike for a better City.

Support the Carl Schurz Park Conservancy and grow a better City yourself by buying your own plants at this weekend's plant sale on Saturday, May 11 from 9:30AM to 4:30PM (rain or shine).

As Statewide Coordination Chair of the New York Democratic Lawyers Council I am pleased to announce our upcomming  Democratic Mayoral Forum on "Voting Rights, Election Reform and the Future of New York" at the Cardozo School of Law, 55 Fifth Avenue on Monday May 13 from 7PM - 9:30PM. RSVP to theo [dot] harris

nydlc [dot] org for your spot.

As a Small Claims Court Arbitrator and member of the Association of Arbitrators, I'm pleased to announce that we will soon be accepting trainees to aid the City's civil court in deciding thousands of Small Claims cases. This is a great opportunity for attorneys who have been admitted and practicing to give back to the courts while gaining experience mediating disputes, finding facts and rendering justice.

Did we miss your event? Email info

kallosforcouncil [dot] com with your event for inclusion in our next newsletter.

This is an action-packed campaign that’s already making great inroads towards a better city. But we need your help:

Campaign Intern Mike Byrd says: “ I have never learned so much so quickly, and this internship has left me confident in my chosen career. You will have the chance to conduct research on the issues that matter to you, meet leaders in the field, and apply your own creativity.” Join Mike and gain valuable experience in city politics. Email internship

kallosforcouncil [dot] com with a resume and cover letter.