Our campaign received nearly 350 contributions that helped to raise almost $35,000 for this effort and as an investment in our future.

In fact in this “money primary” where all candidates for City Council are judged on their ability to raise $120,600, we raised more than all three of our opponents combined.  Based on this filing we will be eligible to receive $65,040 in public funds for what will be a total of nearly $100,000 that can be used in this election.

Personalized thank you letters went out, but if you haven’t received one yet, please let us know and we will send one out to you right away since we couldn’t have done it without you!

We still have a ways to go, and will need to raise another $90,000, but being more than a quarter of the way there so early in the process is a testament to your commitment to a progressive campaign for meaningful change. 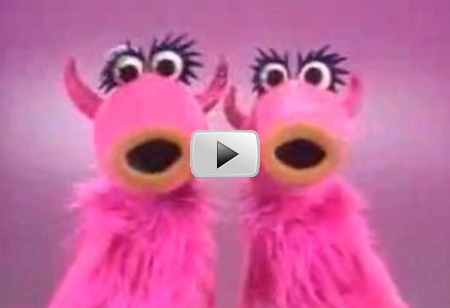 Rosh Hashannah is the celebration of the Jewish New Year where many take pause and reflect on the year as they head in to the next.  In my reflection, I realize how great a year it has been and how integral you have been to my success.  Thank you for being a part of my life.  May you have a happy and healthy year! 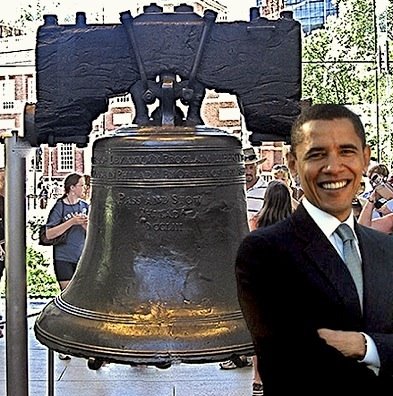 Travel to Pennsylvania on Weekends

Weekends through the election in November buses to Pennsylvania are available for free leaving at 8AM from locations throughout the City.  Reserve your spot by sending an electronic mail to obama

Please consider volunteering to host an outreach meeting at your firm, bar association, law school, or college by sending an electronic mail to voterprotection

If you are able to organize 20 or more voter protection volunteers I will provide a personal voter protection training at the time and location of your choosing in the week or two prior to election day.  Help protect the vote by sending an electronic mail to voterprotection

Did you have trouble voting this past Primary Day, Thursday, September 13, 2012?  Send a report of your experience to voterprotection

kallosforcouncil [dot] com so we can look into getting it resolved.

Online Voter Registration is now available through the New York State Department of Motor Vehicles (DMV) by Executive Order of Governor Andrew Cuomo.  After more than five years of advocacy with NYDLC and working with Assembly Member Bing to introduce electronic voter registration legislation I am proud to see yet another solution I’ve worked on become a reality.

Tuesday, October 30, 2012, is the deadline to postmark your application for an absentee ballot if you are disabled or otherwise unable to make it to your poll site on  Election Day, Tuesday, November 6, 2012.  You can download the absentee ballot application at http://KallosForCouncil.com/Absentee_App.pdf 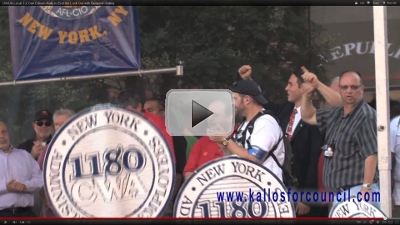 Fighting Con Edison to Keep Your Power On

On July 1, 2012, amidst a heat wave Con Edison put the health, safety and economic security of New York City residents in jeopardy by locking out 8,500 employees.  I immediately reached out to the Utility Workers Union of America (UWUA Local 1-2) to support their cause, protesting with them at the home of Con Edison CEO Kevin Burke, rallying in Union Square, simply so they could return to work so they could keep our power on.

Twenty six days later with the threat of storms bearing down on the City and the intervention of Governor Andrew Cuomo, Con Edison finally did the right thing ending the lockout so their employees could brace us for the storm and keep our power on.  UWUA Local 1-2 members were forced to make sacrifices beyond 26 days of unemployment including health care concessions, but were able to maintain the defined benefit retirements that they worked a life time for until 2037.

Fighting for Retirement Health Benefits for Retirees in NYC

Last week New Roosevelt founder Bill Samuels joined NYS AFL-CIO in calling on Governor Andrew Cuomo to sign legislation that passed both houses of the legislature that will provide retirees from New York City Off Track Betting (OTB) with the health benefits for which they spent a life time working.  Share your support at this online petition for Governor Cuomo to sign the bill to give back health benefit to NYC OTB retirees at http://KallosForCouncil.com/NYCOTB 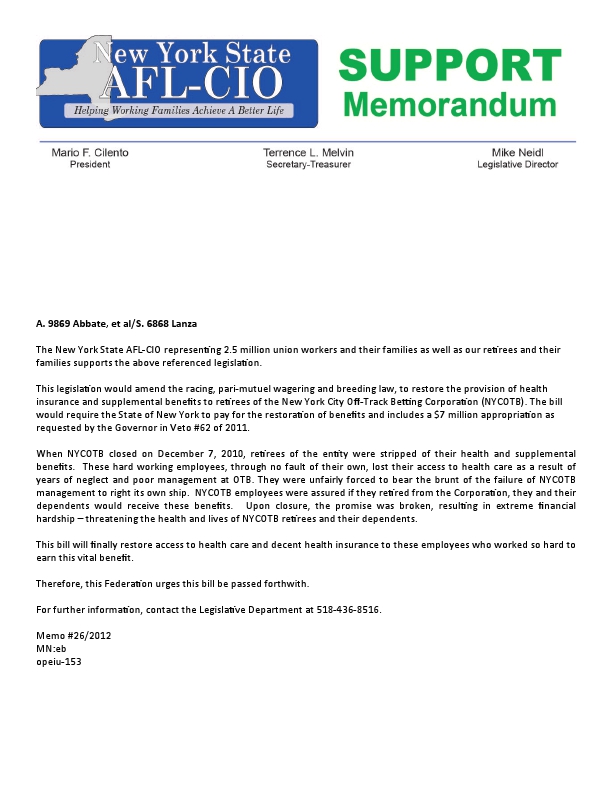 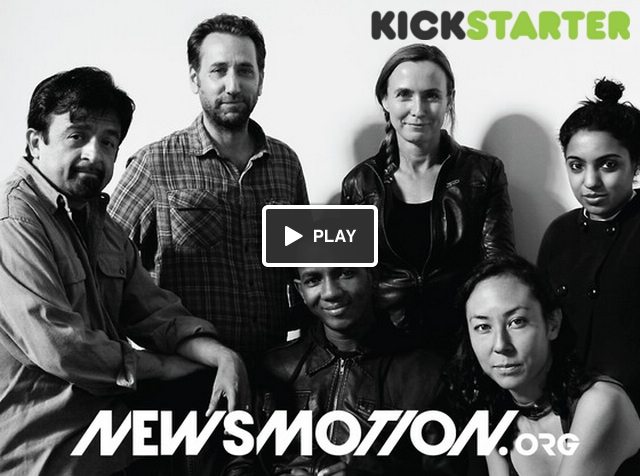 This summer I had the pleasure of developing Newsmotion.org, an innovative platform for civic media, public art, and original documentary reportage. Harnessing the power of independent voices, technology, and collaborative storytelling to help the critical issues of our time engage new audiences and find new solutions.  The technology team members come from the MIT Media Lab, Mozilla Foundation, and the Museum of Natural History.  You can learn more by visiting Newsmotion.org or watching their successful Kick Starter Pitch Video.

Our Bill of Rights starts with the First Amendment, placing the necessity for freedom of speech and the strength of the press to having a better democracy where there can be a check on all three branches of government.  The Internet brought freedom of information and with it the mixed blessing of increased government transparency at the expense of the weakening of the printed press.  I hope to continue to work with EffectiveNY.org, Newsmotion.org, and other project to strengthen the press. 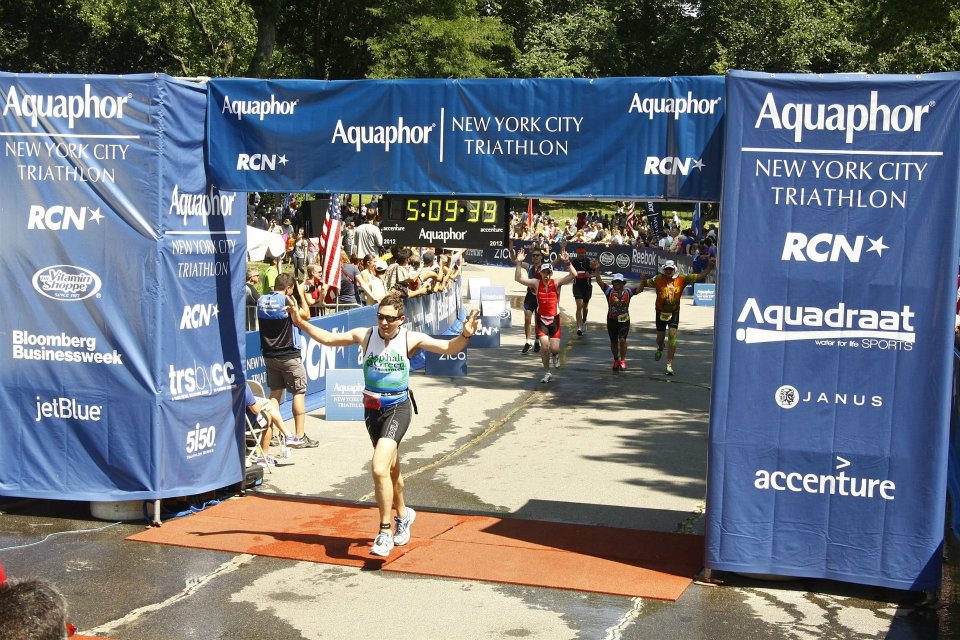 After more than a year of training with Asphalt Green and the Asphalt Green Triathlon Club (AGTRI), I felt safe and prepared. I was still nervous as anyone would be their first time but my coaches and fellow members were there through training and the race itself to help me along the way.  Membership with the AGTRI is an affordable $499 a year (or $42 a month) and I highly recommend it.  Are you training or do you have a similar story to share as part of our campaign's commitment to public health? 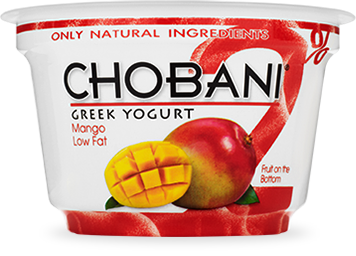 One year later, I am still leading a healthy life style, since I started training I have gone from being clinically overweight at 220 pounds to my current regular weight of 180 pounds, losing 40 pounds and 6 inches off my waist.  I now weigh less and have a smaller waist then I did at 18 in my sophomore year of college.  The life style changes in addition to training that helped me include not skipping breakfast and eating New York State made Chobani Greek Yogurt every morning (my favorite flavor is Mango) and not eating after 10PM.  Do you have a similar weight loss story to share as part of our campaign's commitment to public health?

While gyms around New York City can cost more than $100 a month, you may want to consider one of more than 40 local New York City Parks Recreation Centers, many of which have indoor pools. As part of the BeFitNYC program you can visit any center for free on the first Monday of the month, with free memberships for youth under 18, $25 membership for seniors 62 and up, and $100 or $150 for centers with without and with a pool, respectively for the year (or half off for six months). 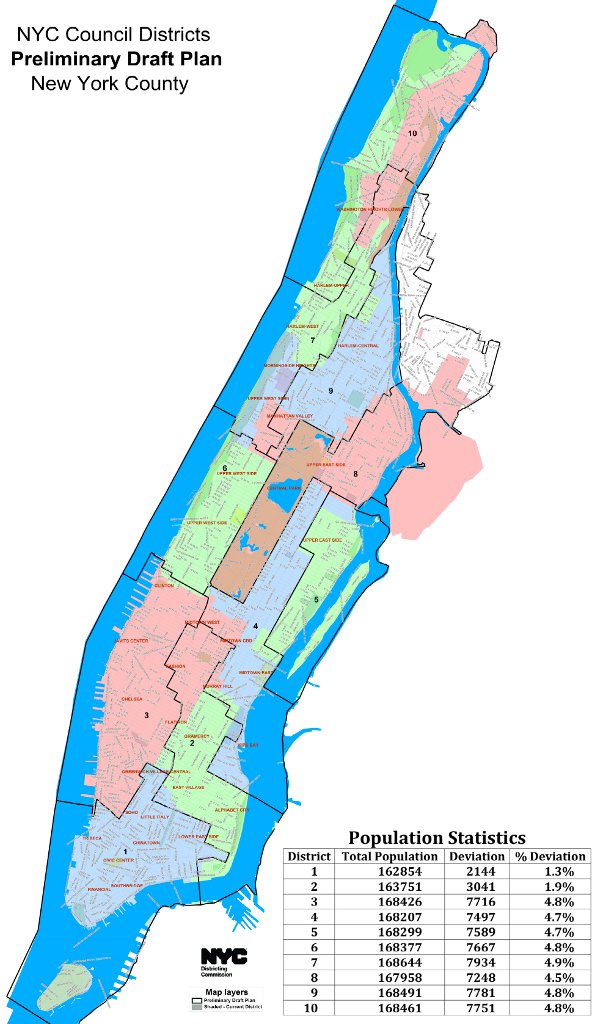 Redistricting of New York City’s 51 City Council Districts has begun with the first set of maps release earlier this month that are available at nyc.gov/districting

The next set of Public Hearing on the Released Maps will be on:

If you have any objections to any changes to the 5th City Council District which I hope to represent or to any other district, please contact the campaign and we will be happy to work with you on testimony and alternative maps. 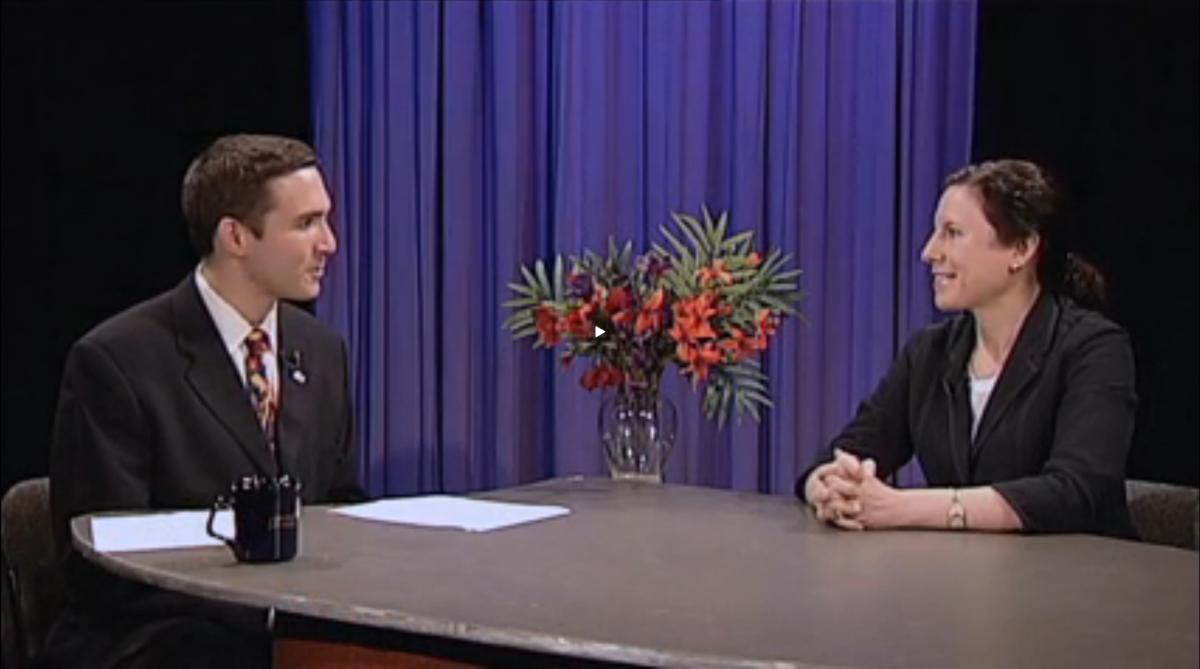 As a member of both Asphalt Green and Sane Trash Soluntions I would like to invite you to a Community Meeting this Thursday, September 20, 2012 at 6:30PM at the Aqua Center at Asphalt Green on East 91st Street and York Avenue.  Contrary to what the city wants you to believe, the fight against the East 91st garbage dump is far, far from “over.”  We will update you on the progress we are making, and the steps we all can take, to stop the city from dumping on Yorkville/East Harlem!

If you are new to the issue you can get a primer from an episode of Community Board 8 Speaks I hosted with Sane Trash Solutions or by visiting SaneTrash.org.

Exciting opportunity to join a progressive campaign for New York City Council that is at the forefront of public policy, technology, and civic engagement.  This is not your average internship of copying, filing or field.  You will join a team with experienced professionals where you will be able to participate in all aspects of a successful campaign so that you gain the necessary skills to secure a job after the internship.

This opportunity requires a minimum of 10 hours a week with more challenging assignments and responsibilities offered to interns who work more hours a week.  Applications are accepted on a rolling basis and resumes with cover letter should be sent to internship

Fighting for Free Speech: Your Right to Broadcast Yourself 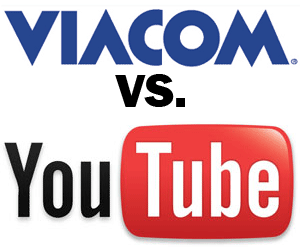 Nearly a year ago I joined with Public Knowledge serving as Counsel for the filing of an Amicus Curiae on behalf of Google and YouTube in Viacom v. YouTube, where in content providers such as Viacom sought to impose a duty to monitor video sharing sites like YouTube, Vimeo, Blip.TV, etc. despite the Digital Millennium Copyright Act's (DMCA) clear provisions providing safe harbor for user generated content (Download a PDF of the Amicus Curae Brief).  In its decision of April of this year, the Second Circuit Court of Appeals rejected the majority of arguments made by the content providers and remanded the case for additional fact finding on the trial level (Download a PDF of the Decision).  You can read a summary of the decision in the case at Public Knowledge.

Pictures and Video from Past Events 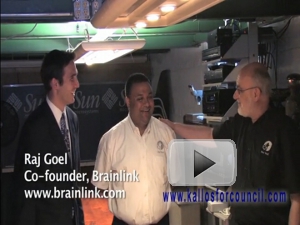 Transparency isn't a buzz word and access to a candidate shouldn't be limited to those who can afford to attend fundraisers.

This campaign is committed to full transparency, that being said we've posted the footage from our tech event hosted by Cyber Security Experts Raj Goel of Brainlink and Charles Rawls of BadWolf where we discussed all things tech.

Full Video on Blip.TV or in segments by topics on YouTube: 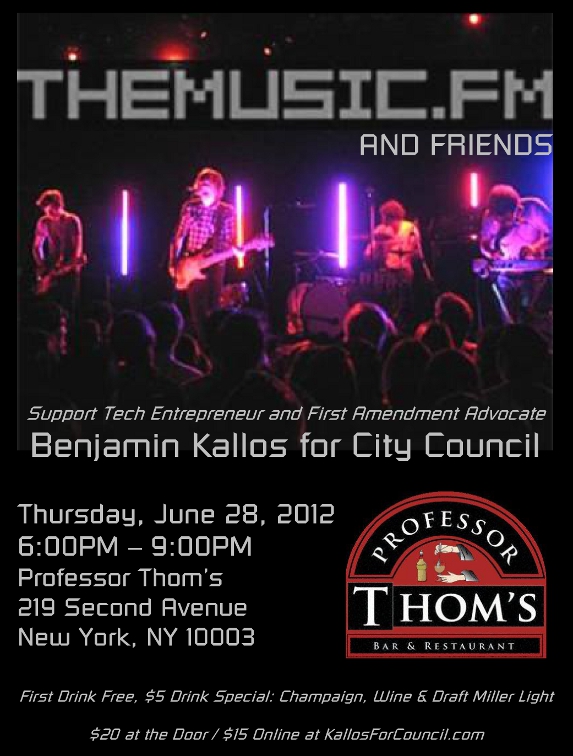 TheMusic.FM a New York City based modern music news site with news, mp3s, videos, live event coverage and more hosted a fundraiser for our campaign because of our commitment to protecting the First Amendment and desire to update our legal system to remove archaic law that no longer serve a purpose in modern day society.